A District of Distinction

The District of Distinction Accreditation is one of California’s most prestigious local government awards. It recognizes the district’s commitment to good governance and ethical and sound operating practices. A special district must reapply for accreditation every three years. 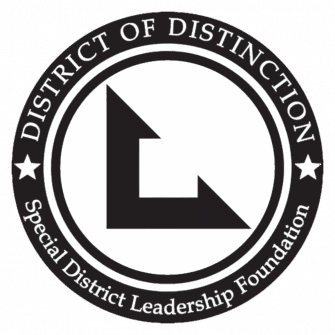 The accreditation criterion gets to the heart of best practices in public agencies. It demonstrates that the district receiving accreditation:

Places emphasis on continuing education by having each of the Fire District's board members and executive staff complete training in ethics, governance, and leadership.

Has clean financial audits and operates in a fiscally responsible and transparent manner.

Is conscious of the ever-changing operating environment by having current and relevant policies and procedures in place that conform to all statutes and regulations under state law.

Focuses on having sound policies in the areas of governance, board conduct, district finances, transparency, and reserves.